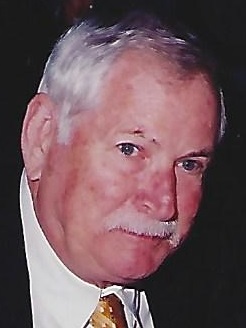 The family would like to extend their heartfelt appreciation to their dear friends, Randy and Janell Huffman of Scottsville, Arkansas.

Tony graduated from Glendale High School in Glendale, California. He attended Seminary before enlisted in the U.S. Navy.  He became a chief petty officer and was stationed in Guam during the Korean War.  Upon returning from the war, he attended college at Little Rock University, where he studied business, theology, and philosophy.

Professionally, Tony was Superintendent of Rice Furniture Manufacturing Company in Little Rock before opening America Wood Specialties and DeVito’s Furniture Refinishing.  He further honed his furniture and woodworking skills to become a master of fine antique restorations.  His talents have been showcased in many private homes and businesses in and around Arkansas.

Tony was also active in the community.  He served as both an active  member and elected officer of the Little Rock Chapter of Civitan International.

He was an avid hunter, fisherman, golf and tennis player and loved his dogs perhaps more than his children.

Graveside service and burial will be at 10AM, Wednesday, March 25, 2020 at Langford Cemetery in Scottsville, Arkansas, under the direction of Russellville Family Funeral.  There is no visitation planned.

In lieu of flowers, kindly make a donation to a no kill animal shelter of your choice.

To order memorial trees or send flowers to the family in memory of Tony Lloyd Anthony Devito, Jr., please visit our flower store.