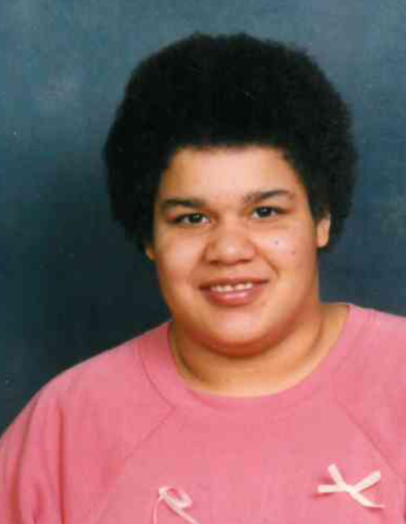 Shanna LoLisa Rene “Frosty” Hill age 44 of Russellville died Wednesday, September 30, 2020 at Arkansas River Valley Hospice. The daughter of Robert and Judy Marriott Hill she was born March 16, 1976 in Little Rock. She was a Friendship Community Care and Star Industries student. She was one of the first students at Friendship Community Care. She was the only documented case in the world with no mylen. She graduated with the 1997 Russellville class with her sister Katrina.

She loved her family, friends, staff and Michael Jackson. She lived at home her entire life. She was of the catholic faith.

A Memorial service will be held at a later date for family and friends. She is in the arms of the angels. Cremation arrangements are under the direction of Russellville Family Funeral.

Donations to help with funeral expenses can be sent to Russellville Family Funeral. 479-968-1143

To order memorial trees or send flowers to the family in memory of Shanna LoLisa "Frosty" Hill, please visit our flower store.