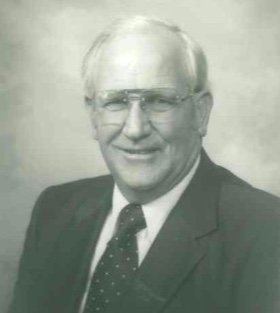 Samuel M. ”Bus” Rye, age 87, of Pleasant View Community, Russellville, Arkansas entered into his eternal home on September 3, 2021 at Conway Regional Hospital, Conway Arkansas. He was born on July 15, 1934, he was the 9th son of S.B and Mollie Kendrick Rye.
Bus was an amazingly loving son, husband, father, pawpaw, brother and uncle.
He was a 1953 Russellville High School graduate. In 1949 at the age of 15, with his mother's signature, he entered into the Arkansas National Guard, where he served including the Central High School forced desegregation for the Little Rock 9 in 1957 and continued to serve until 1961.
He was a life-time member of the Russellville First Assembly of God Church. This church is where he would meet and marry, the love of his life, Virginia Mae Dare. They were married on September 2, 1956. Bus first and foremost loved God, his family, close friends and life in general. He never met a stranger. He always had a huge smile, big laugh, firm handshake and a story to share with everyone he came in contact with, regardless of where you met him. Bus loved farming, hunting, running a bulldozer, working cattle, working in the hay fields, being on his tractor, feeding the deer, gardening, just about anything dealing with the outdoors. Once in a while, you might catch him whistling a tune or singing funny folklores like: "The Ole' Gray Mare, She Ain't What She Used To Be" or "She'll Be Coming Round the Mountain" or even "Dinah, Blow Your Horn" just to name a few, but his greatest love was Old Church Hymns. He had a deep baritone voice when he would sing. He loved the fact that within the Rye Family there were some extremely God gifted musicians and singers. Some of his favorite Gospel Quartets, Groups and singers came from his own family.
He began early in his life working on the family peach orchard, working with one brother building homes, and working with another brother spraying chicken houses and working in the hay fields. His early years he worked for VALMAC poultry. Bus was a cattle farmer, and he loved the farm where he raised poultry and cattle. His work ethic provided him opportunity to work for the county as head of the road department. His love of people led him from the road department to having a long political career that he dearly loved. He served his community as Pope County Judge, Arkansas State Senator and Pope County Tax Assessor. These elected offices of service he loved because they gave him the opportunity to serve the people and community. After retiring from public service, he still had a strong desire to be in the public, for he truly had a servant's heart for the people in his community.
In addition to his parents, he was preceded in death by his eight brothers: Rev. Jesse (JB) Rye, Rev. AC Rye, James Rye, twins Fay and Ray Rye, W.B. Rye, T.M. Rye, Sonny B. Rye and two sisters, Agnes Harbin, and Nina Collins.
Those left to cherish his memory include his wife of 65 years, Virginia Rye; two sons, Marshall Rye and wife Robbie, Phillip “PR” Rye; one daughter, Karen Rye-Cummins all of Russellville; four grandchildren, Duffey (Kaylynn) Rye of Russellville, Jessie (Perry) Evans, and Ginny (Erik) Hawkins of Danville, and Paige (Corey) Yarber of Starkville, MS; eight great-grand-children, Laykynn, Skylar and Kendrick Rye, Ryeland, Whitley and Heston Evans, Grady and Lennon Hawkins; one sister, Shirley (Ed) Lemley of Russellville; three sisters-in-law, Vivian (Seth) Arnold of Lamar, Wanda Price and Becky Price both of Russellville, and numerous nieces and nephews for several generations who will hear tales about "Uncle Bus".
He will be greatly missed for his infectious laugh, stories and bigger than life personality. He was a one in a million kind of man; son, husband, father, grandfather, brother, uncle and friend who will be remembered by those who knew him for his kind, generous, sincere and compassionate nature, he was a "Good Ol 'Boy".

The church will provide a live stream of the funeral service.

Full obituary and online guestbook are available at www.russellvillefamilyfuneral.com

To order memorial trees or send flowers to the family in memory of Samuel "Bus" Rye, please visit our flower store.