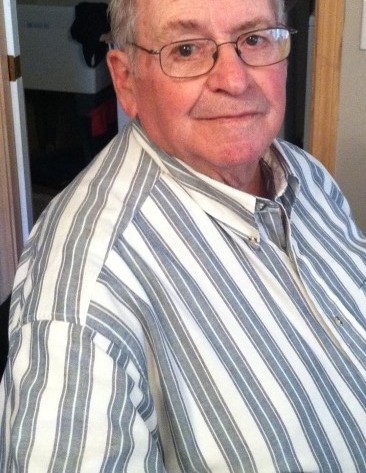 Sam Woodrow Jordan, 90 of Russellville, Arkansas, left this world to take residence in his eternal home on Monday, August 31, 2020 at The Arbor's in Russellville. He is now with the love of his life, his late wife Mary Whitton Jordan; daughter, Debbie Cagle and many other family and friends who preceded him.

He was born July 21, 1930 in Buckatunna, Mississippi to the late Jesse and Epsie  Runnels Jordan. He married Mary in 1957 and they raised five children in West Memphis, Arkansas. He served his country proudly in the US Army during the Korean war from 1950 -1952.  After retirement from Bunge Corporation where he was a millwright and construction supervisor, he and Mary built their dream home in Drasco, Arkansas. They lived there for over 20 years making great memories and friends. Then, they moved to Russellville, Arkansas in September of 2017 to be closer to family. Sam was an amazing craftsmen and welder. If any of his kids ever hinted they wanted him to make a table, lamp, fence or needed anything fixed by welding, he would be working on it the very next day.

Graveside Funeral service will be 12pm Friday, September 4, 2020 at Crittenden Memorial Park in Marion, AR. Arrangements are under the direction of Russellville Family Funeral.

To order memorial trees or send flowers to the family in memory of Sam Woodrow Jordan, please visit our flower store.