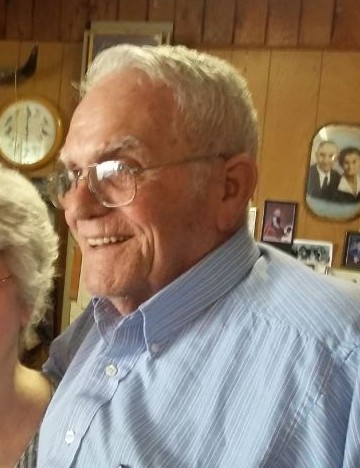 Russell Dean Robinson, 83 of Dover, Arkansas, passed away Thursday morning, May 16, 2019 at his home, surrounded by his loving family. He was born in Baxter Springs, Kansas to Russell Oliver and Mabel Pendleton Robinson on September 11, 1935. He was preceded in death by his parents; sister, Marjorie Morton; daughter-in-law, Annie Robinson.

Russell lived a full life of working and taking care of his family. He enlisted in the Air Force at 17 during the Korean War. He was an Aviation Mechanic and Flight Engineer on the "Flying Boxcars" C-119 traveling to 28 countries. He was in the 60th Troop Carrier Wing, 12th Troop Carrier Squadron. Retiring from the US Army Corps of Engineers after 37 1/2 years, he worked as an insurance inspector and then as a parts delivery man for Napa Auto Parts. He was a volunteer Fireman for over 27 years leaving many a Sunday dinner to get cold.

To order memorial trees or send flowers to the family in memory of Russell Dean Robinson, please visit our flower store.