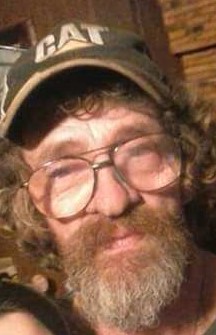 Rickey â€œRickâ€ Rackley, 52, of Jerusalem, passed away, Friday, March 30, 2018, at UAMS. He was born December 9, 1965, in Little Rock, to Havis Rackley and Charlene Rankin Rackley. He is preceded in death by his parents and brother, Carl Rackley. He is survived by his son, Trent-Lee Rackley, Hattieville, four siblings, Louise Clayton, Jerusalem, David Rackley (Lisa), Atkins, Dixie Rackley (Shirley) , Houston, Chuck Rackley (Denise), Jerusalem; uncles, Eddie Rankin, Ronnie Rackley; aunts, Bonnie Wilson, Linda Rackley, several nieces, nephews, cousins and other family and friends. The family would like to extend a special thank you to Strap Brents, who was his best friend, who was always there with him, even until the end. Strap was there when Rick received his wings. The family would also like to thank the First Responders who arrived so quickly, when Rick had his accident. The family will host a private memorial service at a later date. Arrangements are under the direction of Russellville Family Funeral. Obituary and online guestbook are available www.russellvillefamilyfuneral.com.

To order memorial trees or send flowers to the family in memory of Rickey "Rick" Rackley, please visit our flower store.