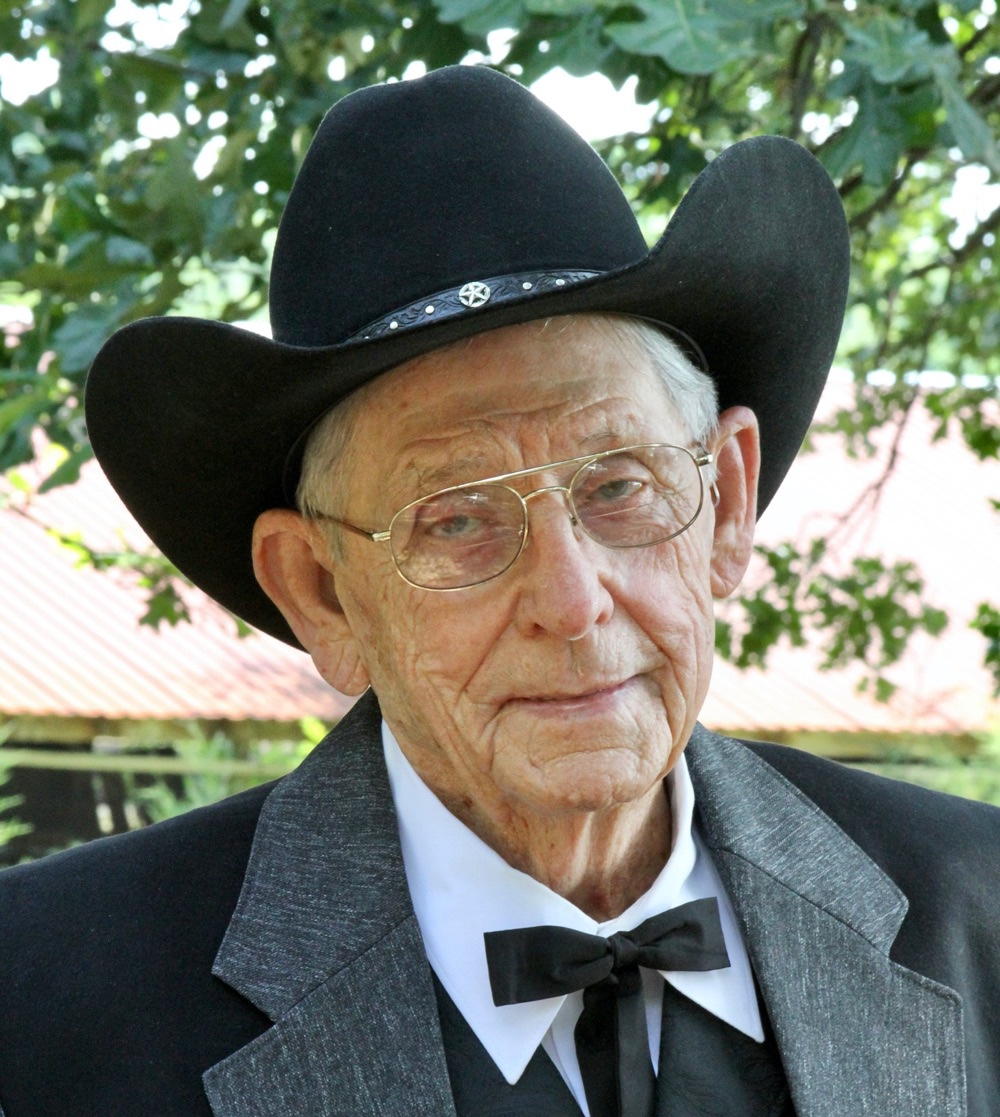 A tribute from a brokenhearted granddaughter

Born on February 15, 1927 Claude Leo Eddleman, “Papa,” began his legacy of love and respect. This beautiful example of life began in Atwood, TX with his parents Euel and Annie Mae (Pittman) Eddleman. The name of “brother” was given to him with the birth of his siblings Boone and Gene Eddleman. Being the true patriot that he was, Leo joined the US Navy on April 14th, 1945, at the age of 18, where he served as a medic in World War II. When Wanda Riley, of Hector, AR, born July 7th, 1933, came into Leo’s life, he knew he had found his one true love. They married in Russellville, AR on June 4th, 1949 and began their marital journey. Life was hard, but their love was sweet. The success of their marriage of 72 years was showing love and appreciation and repeating that every day.
Being so deeply in love gave him the courage to start a family of his own. Fatherhood began for Leo with the birth of his son Michael Eddleman in Brownwood, TX on August 8th, 1950. With his marriage to Jeanine Cherie (Van Buren) Eddleman, Michael had two children, son Kenneth Michael and wife DaLynn, followed by daughter Michaella Ree and husband Tyson Leonard. On January 3rd, 1954, Leo opened his heart to a little girl named Lynn. Lynn’s marriage to James Mackey brought them two daughters, Jamie Lynn; and Candis Day and husband Paul Brock. With 4 new grandbabies and a special niece by the name of Mary Angelina Clark, Leo proudly inherited the name of “Papa”.
Papa circled the sun for 94 years, 7 months and 23 days. During that time, he was able to share his love and life with 8 great-grandchildren and 2 great-great-grandchildren. They are Cody Eddleman and wife Chelsea, with sons Michael and Reed, Morgan (Eddleman) Casey and husband Blayne, Sophia Vanderkarr, Reece Leonard, Victoria Leonard, Ethan Mackey, and Taytum Brock. Before his passing, Papa was able to stand in the presence of 5 generations of living Eddleman sons.
His favorite place in the world was 277 Leo Court. It was the 155-acre farm in Pottsville, AR, which he and granny called home for the last 50 years of his life. Together with his family was Papa’s favorite place to be. Many felt that this farm was home base where all were welcomed. One of his greatest joys was playing the bass fiddle and bass guitar with The Williams Brothers Band, which was co-founded by his best friend Aubrey Williams. The band played in area nursing homes on a weekly basis for a number of years, bringing countless smiles on the faces to all its residents and staff.
Throughout the years Papa wore many vocational hats including a poultry equipment salesman and a lifelong chicken and cattle farmer, which earned him The Arkansas Farm Family of the Year in 1971. He and his wife owned and operated a successful ceramic shop. He never came across a sewing machine or vacuum cleaner that he couldn’t fix.
Leo’s legacy was this: Those that knew him wholeheartedly loved and admired this precious man. Every moment was cherished that could be spent with this gentle soul. So many loved to listen to his nostalgic stories and learn from his experienced wisdom. His talents knew no boundaries. His patience and love for his family were endless. Every step that he took was accompanied by his adorable low base voice that hummed every blue grass gospel song ever written. Music was just one of many of Papa’s love languages, but it was definitely his favorite. Papa was known as hard-working man, but he always had time for a coffee break. His Sunday best was a suit with pointed boots and his everyday attire was his rainbow suspenders and tattered old straw hat. This timeless cowboy with his old-fashion values has definitely left his mark on this world.
It is almost impossible to contemplate life without the presence of this God-fearing man. The silence is deafening when we know we won’t again be able to hear him say, “you little bay-ger” or “keep your powder dry”. Rest in Peace our sweet Papa.

The family celebrated Leo's life with a private graveside funeral and burial in Rest Haven Memorial Park, under the direction of Russellville Family Funeral.

His online guestbook is available at www.russellvillefamilyfuneral.com.

To order memorial trees or send flowers to the family in memory of Leo Eddleman, please visit our flower store.