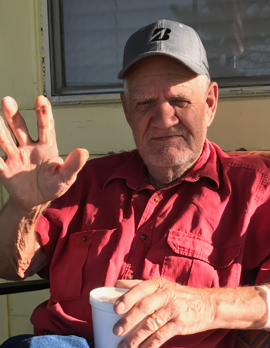 Junior was a hard worker. Previously, he worked nights at Tyson and days at Sanders Tractor. He retired after 54 years from Tyson. In his spare time he loved to bale hay, raise cattle, work on tractors, go to flea markets with his wife and play Wahoo. Junior was the best father and grandfather and loved to spend time with his grandkids.

To order memorial trees or send flowers to the family in memory of Junior Gray, please visit our flower store.