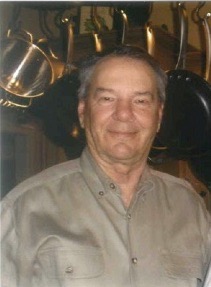 James (Jim) Michael Daven, 70, of Little Rock and London, Arkansas, grabbed the right hand of the Lord on August 2, 2021 surrounded by his family and dear friends after a long battle with cancer.

Jim was born on January 15, 1951, and was proceeded in death by his parents Darlene Kirby Daven and Edward Carl Daven and siblings Bud Daven and Glenda Daven Bittle.

Everyone who knew Jim recognized that he was a fighter for things he believed in and battled his medical situation with the same vigor he possessed in life.

Jim was a private person but had a strong faith-based view of life. He was generous with his time and talents and believed in being kind to others and grateful. He strongly believed that God could do things for us that we could not do ourselves.

Jim attended Catholic High School and received his BA from UALR. His skills and talents went far beyond his education which allowed him to excel in various successful business ventures. He particularly enjoyed agricultural grain marketing and elevator management at Delta Grain & Marketing located in Mississippi where he developed strong relationships with local farmers and buyers within the poultry industry in surrounding states.

After his retirement little slowed him down in developing new business models for the trucking industry. Prior to his medical situation he started a successful new trucking company designed for transportation of products that the large truckers would ignore or not prioritize including Hot Shot Loads. His twin brother, Tim, often said that he could come up with some of the most unorthodox business plans and yet, make them work. He was known today as an open-minded entrepreneur.

Jim has four grandchildren, three great grandchildren and numerous nieces, nephews, cousins, friends and business associates who loved him dearly. He will be missed tremendously by all who knew him.

The family wishes to express their heartfelt thanks to his wonderful caregivers, Lisa Grant from Carti and Tara Steen of Kindred Hospice. They are true angels.

A celebration of life will be held Saturday September 18th, 2021 at 12 pm in Hot Springs on Lake Hamilton where he spent his summers growing up. Cremation arrangements are under the direction of Russellville Family Funeral.

To order memorial trees or send flowers to the family in memory of James (Jim) Daven, please visit our flower store.