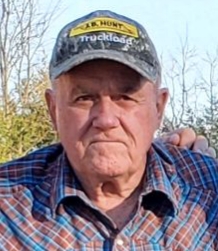 Jacob John Robert "JR" Bailey, 74 of Dover, Arkansas, passed away Tuesday, April 14, 2020 at Children's Hospital in Little Rock.  He was born October 10, 1945 in Marshall, Arkansas to Loyal and Martha Bailey.

JR was dedicated to his family. He always put others before himself and lived out what he always taught "right's right and wrong's wrong".

Graveside funeral service will be 2pm Friday, April, 17, 2020 at Bear Creek Cemetery south of Marshall.  Arrangements are under the direction of Russellville Family Funeral.

To order memorial trees or send flowers to the family in memory of Jacob John Robert "JR" Bailey, please visit our flower store.