Jacky F. Dunn, D.O., 74, of Russellville, Arkansas passed away on August 10, 2022 at Conway Regional Hospital in Conway, Arkansas.  He was preceded by his loving parents, Fred and Hazel (Reynolds) Dunn, his sister, Gwendolyn Hopper, and his granddaughter, Sarah Faith Starek.

He was born September 26, 1947 in Lamesa, Texas to Fred and Hazel (Reynolds) Dunn. He attended Dimmitt High School in Dimmitt, Texas and played his beloved sport, basketball.  Along with many of his dear, lifelong friends, he was a member of the Dimmitt High School’s 1965 Texas State Championship team.

He completed his undergraduate degree at the East Texas State University. As a freshman in college, he was dubbed Texas’ youngest DJ and was thrilled to introduce his listeners to hot bands like The Monkees and the Beach Boys.  He attended the Kansas City School of Osteopathic Medicine where he received his Doctor of Osteopathic Medicine degree.  He was a physician for 49 years serving in Texas, Oklahoma, and Arkansas.  His kind and gentle nature made him a beloved doctor, colleague, and friend.  He was a Captain in the United States Army and served as flight surgeon for a number of years.  Additionally, he was in private practice seeing patients in his clinic and in their homes.  He was known in those years for carrying his black physician’s bag and stethoscope.  For much of his career, however, he was the calm Emergency Room doctor in the face of sickness, distraught or difficult times for his patients.

In the fall of 2011 Dr. Dunn spearheaded the campaign to create passing zones on AR Hwy 27 from Dardanelle to Danville. As the attending physician for so many patients who were injured in accidents on AR Hwy 27, he petitioned the state to widen the road and develop passing zones to minimize the number of collisions and help our state’s citizens travel safely between Dardanelle and Danville.

He loved fast cars, airplanes and his horses, but most of all, he loved his family.  He loved attending events for his kids and grandkids—cheering them on, giving them pep talks, teaching them about life, and telling them, “You can do it!” and “I believe in you!”  He rarely missed events no matter the distance between them all.  He cherished special times together often planning whole family events where we could all gather to catch up.  His grandchildren loved his art camps, cookouts, camping and Thanksgivings with the “bump and jump.”  His greatest joys included his children and grandchildren knowing and serving Jesus.

A memorial has been established at the new Arkansas College of Osteopathic Medicine in Fort Smith, AR.  He was thrilled to support this new school in helping our nation’s brightest students achieve their goal of becoming a Doctor of Osteopathic medicine.  Donations can be made in his honor. Memorial contributions may be made to Arkansas Colleges of Health Education 7000 Chad Colley Blvd. Ft. Smith, AR 72902 or by email Giving@achehealth.edu

Online guestbook and obituary are available at www.russellvillefamilyfuneral.com.

To plant memorial trees or send flowers to the family in memory of Jacky Dunn, D.O., please visit our flower store.

I am so sorry to hear of Dr. Dunn passing. I had the honor and privilege to work with him at Waldron hospital. He was always a mentor and always teaching. I learned so very much from him. He always believed in me even when I didn't. What a great man he was. He will truly be missed. Prayers to his family for peace and comfort.

I am so sorry to hear that Dr. Dunn passed away. He was such a kind and gentle doctor.

I'm sorry for your loss. As a bit distant family member, I support you in this time of grief. Thank you for sharing his passing with all of us. Peace and love are my prayer for you all.

I am sorry to hear of his passing. My sympathies to his family. I was blessed to have worked with Dr.Dunn at Danville. He was always kind, had a smile and easy to work with. He cared about his patients and always will to pray with them and for them. He loved spreading the gospel of Jesus Christ.

I will miss you Uncle Jacky and thank you for Being their when mom and I needed you when I Got hurt when I was in the Army Because she didn’t trust anyone but you as a Dr. I will miss you and Ioved you very much and I’m Glad your are in Safe Hands Now And May God. Bless you your Nephew Bryan David 🙏🙏🙏🙏🙏🙏🙏❤️❤️❤️❤️❤️😇😇😇😇😇😇😇😇🤙

Some of my fondest memories of growing up in Dimmitt were spending time with Jacky and his family at their home in Dimmitt. He was a good friend and I am sorry to hear of his passing. My sympathies to his famiiy and I wish I could be there for the services. 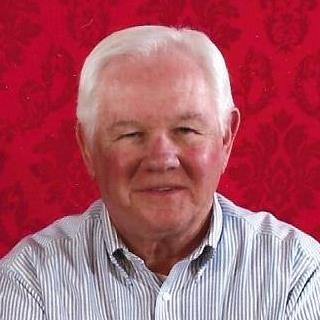