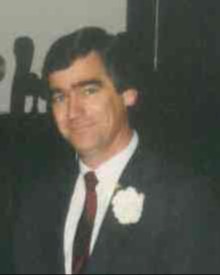 Charlie spent most of his early years in the Lake Village, Arkansas area where his family was involved in farming.  After high school, Charlie graduated from Harding University in Searcy, Arkansas with a degree in business and accounting.  After his college graduation, Charlie spent the next several years in precision land leveling and farming operations.

In his mid-30’s, Charlie and his family moved to Northwest Arkansas where Charlie enrolled in the University of Arkansas School of Law.  After obtaining his Juris Doctor degree in 1987, Charlie also received a Master of Laws (LL.M.) degree from the University in 1989. The University’s LL.M Program in Agricultural and Food Law was the first of its kind when it was founded in 1980 and less than one hundred students had obtained the prestigious degree when Charlie completed the program.

After receiving his law school degrees, Charlie worked in several Arkansas law firms concentrating on agricultural law issues and helping family farmers.  The 1980s were a particularly hard time for farmers due to low grain prices and high interest rates and Charlie helped many farmers survive through tough times.

During the last twenty-five years, Charlie was involved in many agricultural related ventures.

Charlie was predeceased by both parents, Charles H. and Mary Lee (Conner) Smith.

To order memorial trees or send flowers to the family in memory of Charles "Charlie" F. Smith, please visit our flower store.